Highlighting the successful entrepreneurial members of the Zenith Group –a chapter of the Women Presidents’ Organization – resumes with our last in a series of seven. It is a privilege to present Jayne Millard, Chairman and CEO of Turtle & Hughes. 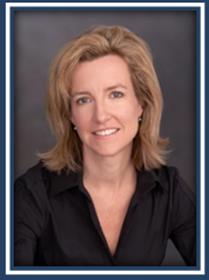 Yet, Turtle & Hughes, one of the largest independent electrical and industrial distributors, was managed by a woman as far back as the 1940s. Currently, Turtle & Hughes’ Chairman and CEO Jayne Millard proudly helms this business which has been ranked as one of the top 50 women-owned business – of any kind – for more than a decade.

Co-founded by Millard’s great-grandfather over 90 years ago, it has grown to over 850 employees and 19 locations nationwide.  They serve the commercial construction, industrial, automation and utility markets. Turtle & Hughes differentiates itself with Power Distribution and Engineering Services, Energy Retrofitting, Industrial Infrastructure Consulting and Communications, among its other services. Both family- and employee-owned, Turtle & Hughes ranks among the nation’s top 16 electrical distribution companies.

Turtle & Hughes Integrated Supply (THIS), a division of Turtle & Hughes, is a supply chain services company.  It services Fortune 100 companies in the manufacturing sector. Operating nationwide and in Canada, Puerto Rico and Mexico, THIS has been widely recognized as one of the industry leaders in providing world-class integrated supply programs.

Millard, a recipient of the 2012 Ernst & Young Entrepreneur of the Year Award, has held positions at Shearson Lehman Brothers and RCM Capital Management, eventually joining the family business in 1991 and ultimately rising to Chairman in 2016.

However, it is not all business, all the time, for Millard. After beginning her career at the Martha Graham Center for Contemporary Dance she is now a member of their board. She is also a member of the Women’s Presidents Organization and the Committee of 200 renowned for fostering, celebrating and advancing women’s leadership in Business.

Always a strong advocate for women’s advancement in the workforce, she believes that women develop into leaders through mentoring and sponsorship by company leaders. Corporations need to set a path for advancement by making role models visible.  Ms. Millard has found that, most often, women have all the talent and knowledge required; what they need is sponsorship to bring opportunities into focus.  Corporations are doing a great job, but there is still much work to be done in accelerating culture change with progressive corporate policies around work-life balance.

Overcoming Obstacles: Our biggest challenge lies in managing our growth, adapting to the demands of constantly changing technology, and attracting top talent with the versatility to serve our customer’s complex requirements. As an organization, we focus on service by empowering our employees to develop a highly responsive and solution-based community.  Turtle & Hughes sustains a culture of innovation. This means that we look ahead to the next evolution of our business.  We don’t just react to change around us; we try to set change in motion by focusing on innovation.

Encouraging Words from Jayne:  “There is so much disruption in industry from technology, big data, artificial intelligence and the Internet of Things.  The best way to manage this disruption is with a diverse culture that allows for different ideas, experiences and knowledge to come together in an inclusive way.  Gender diversity is a critical piece of that.  As a woman-owned and women-led business, I have gender parity on my Board of Directors and work hard every day to build diversity and inclusion into our corporate culture.  Women are great innovators and bring the skills necessary to navigate these disruptive times.”